the woman in blue

dominique moody is the artist in residence at the watts towers. as part of her residency she is allowed the use of a privately owned small cottage to work and live in across the street from the towers known as the R cloud. the property during simon rodia’s time was a long skinny clapboard cottage right off the train tracks in an industrial section of los angeles. today it is stuccoed over, painted minty fresh and dominique maintains a garden with melons and vegetables behind the chain link fence. there are still roosters cackling on the other side of the of the paint and graffiti covered corrugated metal fence.

her art is colourful and drenched in symbols of her large family. she creates with ceramics, metal, tree branches and shoes or whatever she can find. by her own words she is a nomad since childhood. her father would restore dilapidated mansions in hopes of building enough sweat equity and eventually ownership only to lose the homes unfairly and move to yet another one with the same hope. the sixth photograph in this series is a to scale mock up of her nomad proposal that she hopes to travel the country in. what struck me the most was not her pieces that explored her family’s past, but the last photograph in this set of a mixed media piece about her musician ex-husband who suffers from schizophrenia and who had to be institutionalised. she displays it just before you enter her kitchen in the narrow cottage. the assemblage artist is legally blind and her eye sight is limited to seeing shapes and forms as evident in much of her artwork. 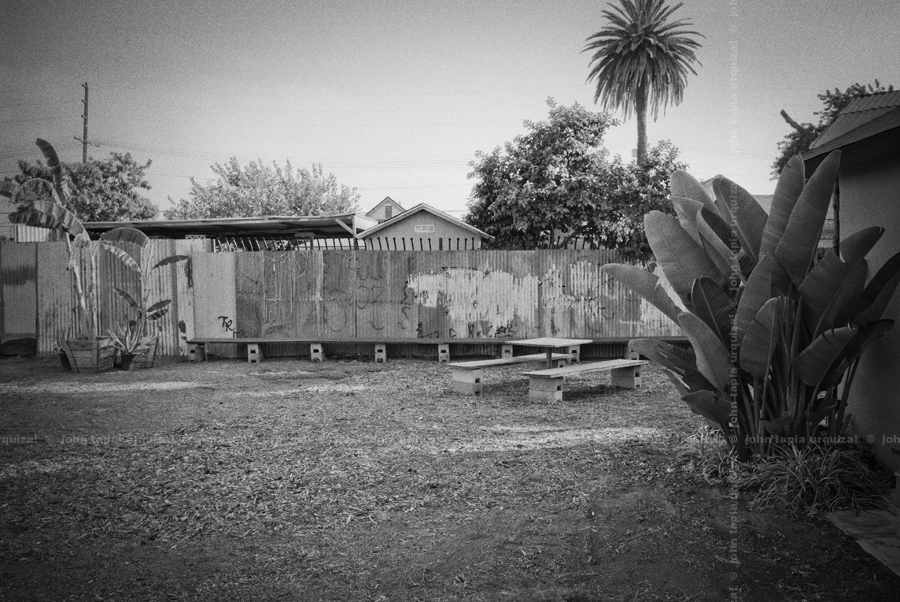 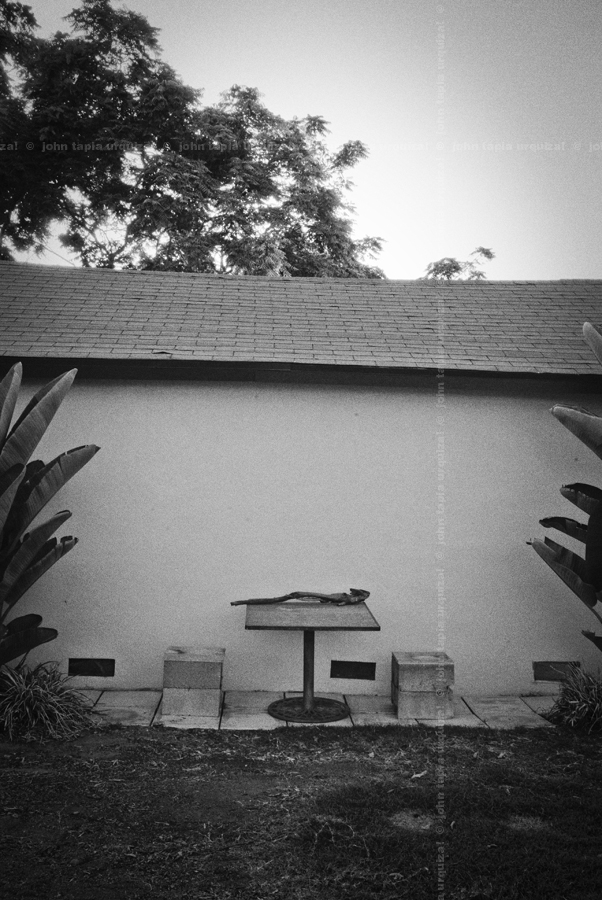 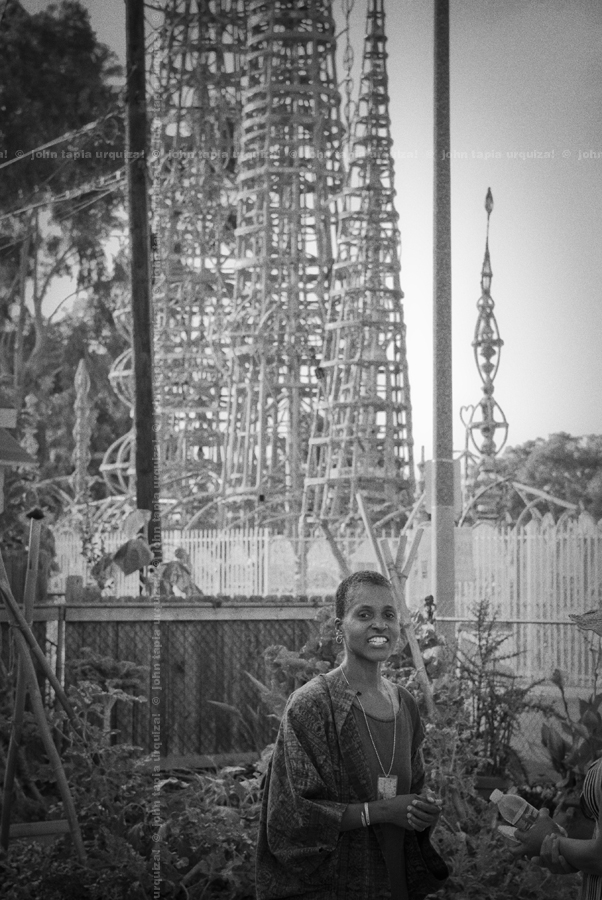 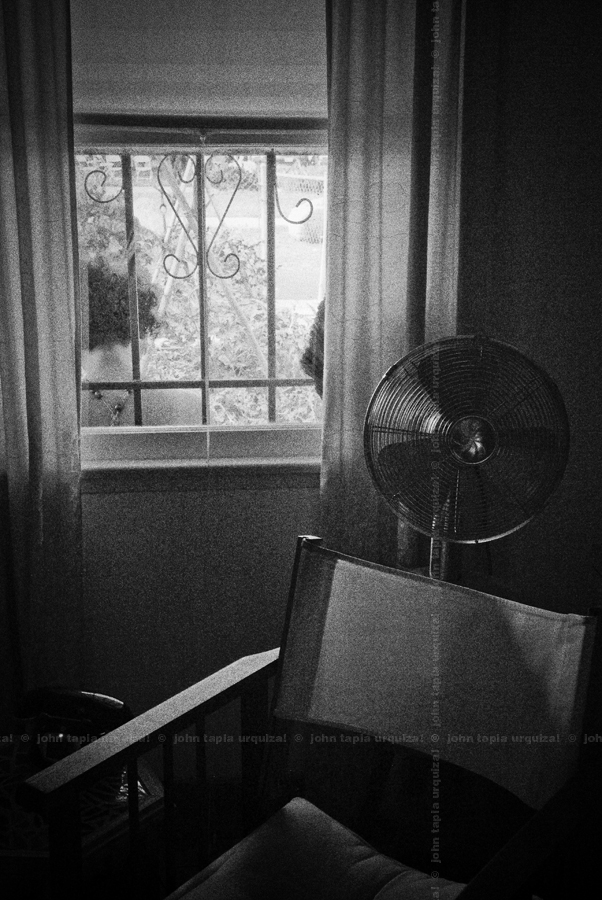 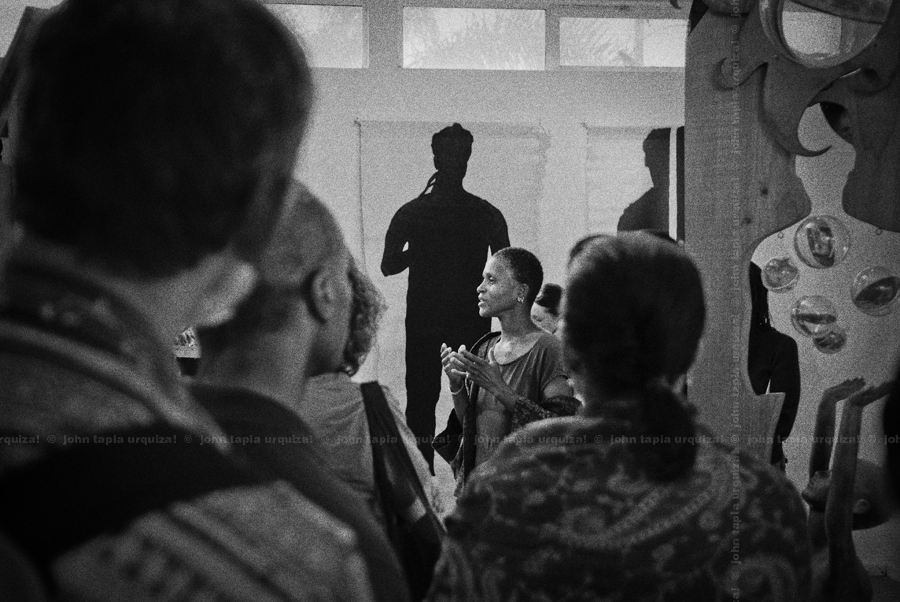 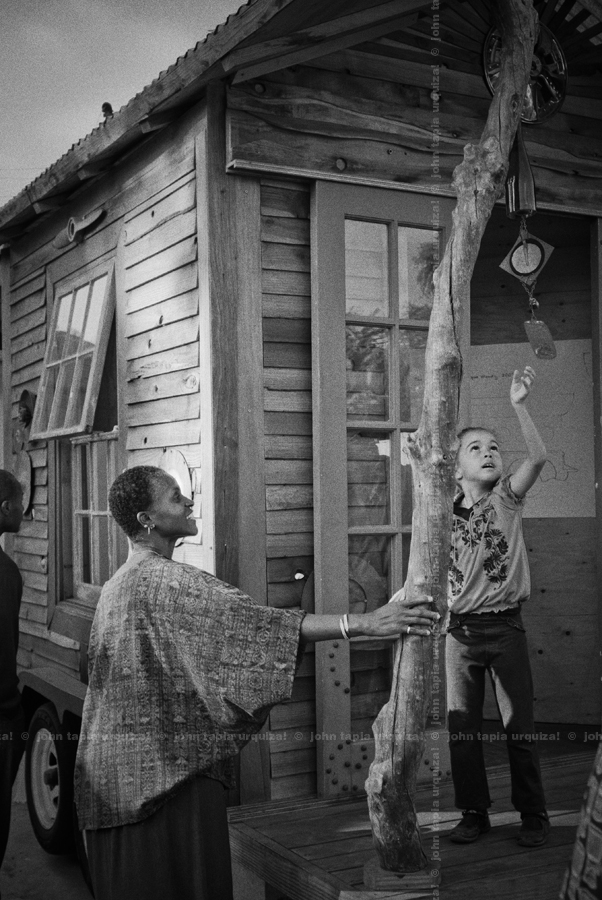 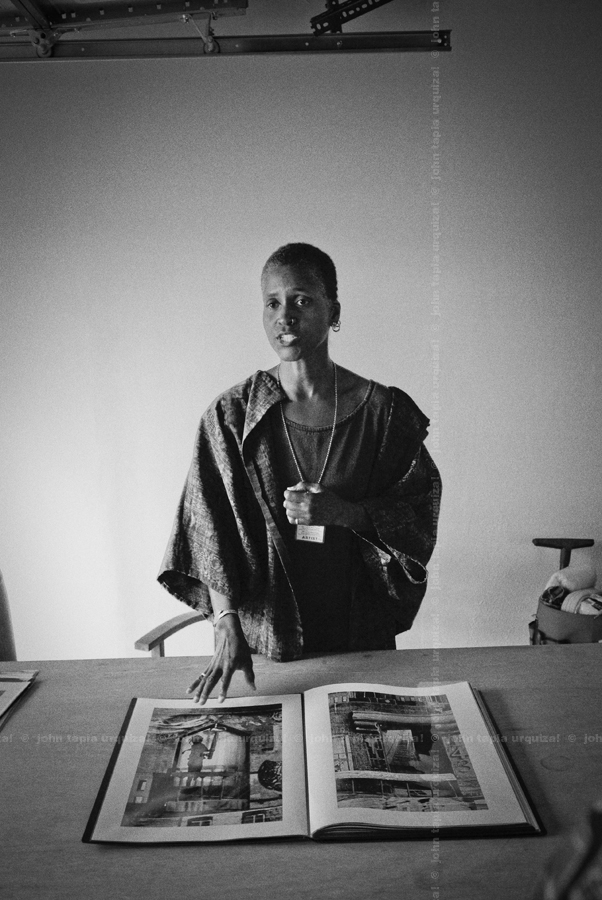 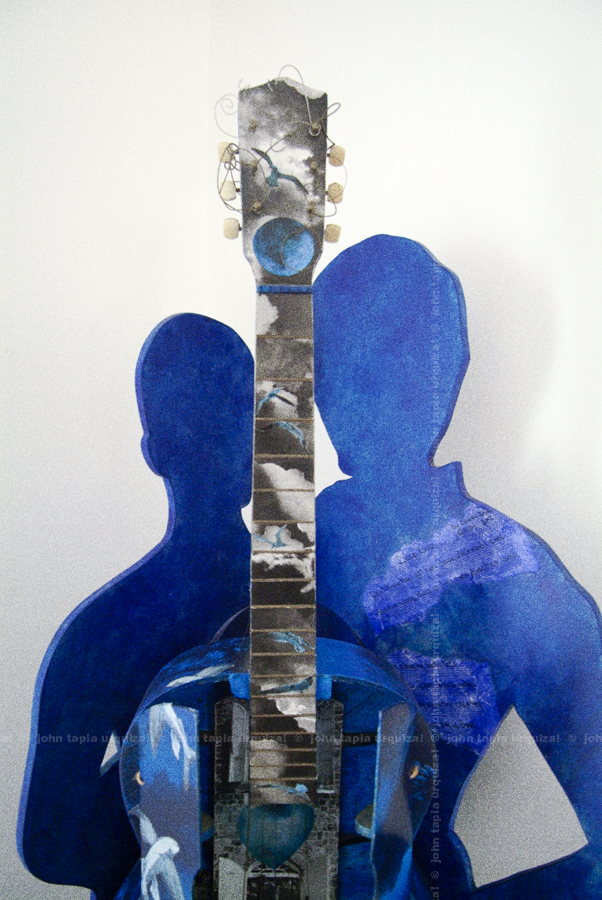